Did you know Grimace from McDonald's used to have four arms?

No, seriously. When he first appeared in a TV commercial in 1971, he had four arms. (You can see one of the early commercials on YouTube.)

I told my wife and father-in-law that once and a great argument ensued.

They swore up and down that Grimace only ever had two arms, and that I was imagining things. I argued that I distinctly remembered him carrying multiple shakes and Cokes. We argued back and forth for quite a while until they decided I was being childish.

So I searched online for proof, but this was back when Google was not the behemoth that it is today, so I came up empty-handed. I wondered if I wasn't experiencing an example of the Mandela Effect.

The Mandela Effect comes from the idea that many people "remembered" that Nelson Mandela had died in prison in the 1980s. Except that he didn't die until 2013. (It's also called the Berenstain Rift, so called by people who believe — me included — the name used to be Berenstein.)

To be fair, at the time, I also said Grimace had six arms, but later learned that he had four. (A quick Google search today revealed nearly half a million pages that also talk about Grimace's six arms, so there's another entry for the Mandela Effect.) 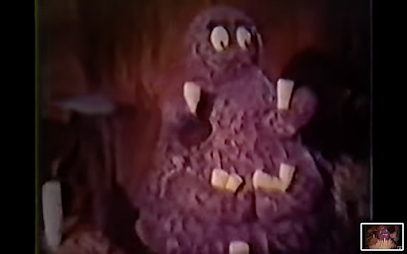 I was later vindicated when I found some old photos and commercials on YouTube with the four-armed Grimace, but my wife pretended not to remember the argument. So instead, I celebrated my victory with a Happy Meal and strawberry shake. Now who's being childish?

People also don't realize that Grimace was evil in the beginning. He was actually called Evil Grimace because he loved stealing milkshakes. In one commercial, he stole all the cups from McDonald's, not realizing they would be empty.

"Duhhh, where's the Coke?" he wondered. "Where are the shakes?"

The FOUR-armed blob was tricked out of his cups when Ronald cleverly disguised himself as a mailman. (By putting on a hat.) Then Ronald committed a felony by delivering a fake letter that said Grimace had been selected for a beauty contest. Ronald and his friends re-stole the cups and saved the day.

Alas, Evil Grimace didn't last. He was more of a greedy doofus than actually evil in the first place, plus he frightened children. So, the advertising agency that designed the purple blob re-introduced him in 1972 as plain old Grimace, Ronald's best pal and triple-thick shake aficionado. Then, in 1974, the Needham, Harper & Steers agency lopped off his two lower arms, and that's the Grimace we all know and love today.

Except no one really knew what Grimace was supposed to be. Not until McDonald's Canada's Outstanding Manager of the Year told CBC News the truth.

Brian Bates, a McDonald's manager in Windsor, Ontario, said, "He is an enormous taste bud, but a taste bud nonetheless."

That is, he was supposed to show that all the food tasted good. Except that was never explained to us. At all. He was just a giant purple poop emoji who loved milkshakes and icy Cokes.

Learning that cast a bit of a downer on my childhood nostalgia, but it never changed my opinion of the McDonaldland gang and their crazy fast-food capers..

They formed a vibrant and delicious society that every child wanted to visit, but our parents would never take us to.

I wanted to go because I thought McDonaldland had several societal problems that needed my expert five-year-old attention.

For one thing, I always assumed Officer Big Mac outranked Mayor McCheese because he was bigger. McDonald's cheeseburgers are tiny little sandwiches made for tiny children, but the Big Mac is the big burger, the king of all burgers. (Sorry, Burger King.) According to Darwin, the bigger burger should have ruled McDonaldland.

Except he sucked at law enforcement.

That's because Hamburglar was always skulking about and stealing people's hamburgers. Ronald — not Officer Big Mac — would catch the Hamburglar, and the perp would always escape before the next commercial.

Then he'd thumb his nose at The Man, his cries of "Robble, robble" taunting the local constabulary, and he'd try to pull off another hamburger heist like an insatiable macaque.

And what was Ronald's role in this holy heartland of hamburgers? He was clearly the leader — the place was even named after him! — so why was there a mayor? Or a police department? The offices must have been ceremonial since Ronald was the one who wielded the real power and solved all the crimes.

McDonaldland was not the fast-food fantasyland TV had led us to believe. There was a constant threat of hamburger theft and a plague of Fry Guys that rolled over the land like locusts devouring everything in their path.

The place needed a steady hand to guide it through these calorific crises. As a five-year-old, I was ready to take charge and guide us to safety, keeping a steady hand on the wheel.

No, make that four steady hands. 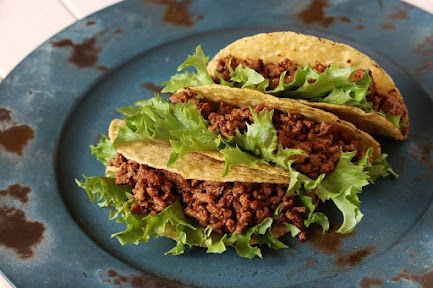 Comfort food is called comfort food for a reason: It's comforting. Which means it's not for being healthy, responsible, or doing those things your doctor said you needed to stop (or start) doing at your age. It's not a kale smoothie, cucumber salad, or rice cakes with olive hummus. If you've spent 30 minutes shoveling your neighbor's driveway, and you're cold and your fingers hurt, there's nothing better than a hot bowl of chili to warm you up inside. When you've had a hard day at work and your boss yelled at you before you left, you just want a big plate of mashed potatoes with a melted butter volcano. And when the love of your life decides they would rather spend more time with literally anyone else but you, there's nothing better to sob into than a can of chocolate frosting. Comfort food is not very good for us, but it's not supposed to be. It's supposed to comfort us, not improve us. If we wanted improvement, we'd go for a run. But i