How Many Pumpkin Pies Equal a Shaq?

Dorothy Parker is famously quoted as saying, "If you took all the girls who attended the Yale prom and laid them end to end, I wouldn't be at all surprised."

I often use that quote when I teach humor writing. It's a great example of using surprise to get a laugh. When the quote starts, people expect it to be about distance, but they're surprised by something else, and that's where you can find a laugh.

Once, after I had given that talk at a conference, the organizer told me a woman had complained about that particular line.

"Tell her to take it up with Dorothy Parker," I said.

I didn't think it was a problem, but I haven't been asked to speak at that particular conference again either. Some people must really love Yale.

But I've always wondered, what if we actually made the quote about distance? How long would a line of all the girls who attended the Yale prom be? So I did a little investigating, made a few estimates, and came up with this.

We'll call this a Parker of measurement in honor of Dorothy Parker.

Also, because calling it the "girls who attended the Yale prom" over and over will get tedious.

Next, I visited a website called The Measure Of Things, which lets visitors put in a specific measurement — like 2,100 feet — and compare that measurement to other objects.

For example, the Eiffel Tower is 1,060 feet tall, including its flagpole, which means it's one-half of a Parker in height. 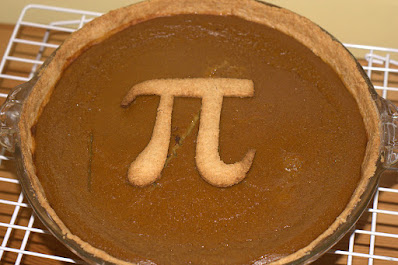 There's the Beast rollercoaster at Kings Island in Ohio, which is 7,359 feet long. Which means if you took all the girls from the Yale prom and laid them end-to-end 3.5 times, you could ride The Beast, and now I see why that woman got so upset.

The Marianas Trench is 17 Parkers deep, while Mount Everest is 15 Parkers tall. The Grand Canyon is 700 Parkers long, and if you laid 13,800 Parkers end-to-end, you'd have the Great Wall of China. Dorothy Parker would still not be at all surprised.

And, you would need almost 20,000 Parkers to circle the Earth.

He also weighed 325 pounds during his playing days, so we'll call that measurement a Shaq.

In the spirit of Thanksgiving, it would take nearly 22 15-pound turkeys to equal a Shaq, or 89.5 pumpkin pies, which, if it were up to me, is what Thanksgiving would look like next year, and you'd all be invited. We'll skip the green beans.

We'd also need a Shaq's worth of beer, which equals two full kegs, or what my fraternity would call a slow weekend.

This year, Travis Glenger of Anoka, Minnesota, won the world pumpkin growing championship with a 2,350-pound pumpkin, which equals 7.23 Shaqs. We could also make roughly 783 pumpkin pies out of Travis' pumpkin, but my wife will probably make me share.

However, the world record pumpkin is 2,624.6 pounds, which is just a tiny bit over 8 Shaqs, or nearly 875 pies, so I guess you could have a couple. Bites. A couple bites.

At 990 pounds, a grand piano weighs roughly three Shaqs, and you would need three-and-a-half Shaqs to equal one polar bear.

Meanwhile, a blue whale's tongue weighs roughly 20 Shaqs, while a hippopotamus weighs 25 Shaqs. A stegosaurus weighed approximately 6,800 pounds, which is equal to 20.9 Shaqs, and now I'm wondering who would win in a fight between a hippopotamus and a stegosaurus.

The winner gets to eat one of my pumpkin pies. I'm sharing the rest with the girls from the Yale prom.

The Price of Love Erik Deckers Laughing Stalk Syndicate Copyright 2008 They say you can't put a price tag on love. That true love is more valuable than money. That money can't buy you happiness. Apparently they're wrong. If you're Johnny Valentine of Holly Springs, Mississippi , it turns out you can put a price tag on love. Actually, you can put a price tag on "society, companionship, love, and affection," plus "the loss of sexual relations." To Valentine, that's worth $750,000. That's how much Mississippi millionaire Jerry Fitch has to pay Valentine after stealing Valentine's wife. In 1997, Sandra Valentine went to work for Fitch, a prominent businessman, oil man, and big-shot real estate guy. Shortly thereafter, Fitch and Sandra began having an affair, and in 1999, she gave birth to Fitch's daughter. Which means Valentine can't make any "son of a Fitch" jokes. Sandra originally denied the affair or t