on April 02, 2021
Are British academics too easily frightened and intimidated?
Two years ago, I wrote a column about how Leeds University told their lecturers not to overuse the words "do" and "don't," or to write in ALL CAPS so as not to startle the skittish fawns in the school's journalism department.
Departmental administrators said that lecturers who use all capital letters in their assignments might scare the "students into failure."
It was a terrible disservice to students studying to go into a field where 45 people were killed in 2018 just for doing their jobs. They expect to defend truth and be a watchdog of power, but they're afraid of capital letters and the word "don't?"
Things have not improved in the last two years.
(Hand to God, as I was writing this opening just now, the radio station played the Benny Hill theme song, "Yakety Sax," and it seemed so fitting. If you're not familiar with it, go to my website at ErikDeckers.com, and you can hear it. Listen along as you read this, and everything will make so much more sense.)
In late March, a judge awarded a British university lecturer £15,000 after being fired from a job for using too many question marks in text messages.
Are you serious????
Yes, like that.
Dr. Binoy Sobnack, a physics lecturer at the University of Loughborough, was fired from a job as the warden of a residence hall because he sent "intimidating texts" to other staff members.
For example, Sobnack sent messages to one staffer that said, "Do you have to stay for dinner????'" In the same conversation, he wrote, "And you got the invitation today??'" 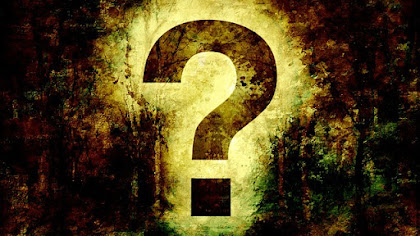 In another text, he wrote, "Why don't you listen?????? Stick to what has been decided!"
Sobnack, who is still a physics lecturer at the university, was warned by the university's Director of Student Services to adopt a different tone. He didn't, so they fired him for creating an "intimidating tone" with his question marks.
There were three complaints in 18 months from different sub-wardens — Ph.D. students who assist the warden in running the residence hall — all over the excessive question marks.
Now I'll admit a lot of question marks can convey a certain level of snottiness in a message.
For example, "Is that what you're wearing????"
"Why is she calling you????"
"Will you stop trying to murder me in my sleep??? How would you like it if I stabbed you????"
Those extra punctuation marks do seem excessive and add an angry tone.
Especially to that last one.
I would also like to point out that they're only question marks. It's not like exclamation points. Or gratuitous swearing. Or necessary swearing. Or ALL CAPS.
But I'm also not surprised about this because we live in a time where young Millennials and Zoomers think putting a period at the end of a text message means that you're angry, upset, or sad.
"Yes, it's my favorite shirt."
"She likes me better than you."
"I'd like to see you try."
As near as I can tell, the only thing Sobnack did wrong was use a lot of question marks and nothing else.
A snotty, unpleasant message can sometimes mean the sender is a snotty, unpleasant person. Or they're a terrible boss who publicly belittles their staff and makes them miserable. Or they're a bully who uses a person's fear for their livelihood against them.
I know because I've worked for that person. It was a terrible experience and one that I would not wish on anyone, except maybe that boss.
It was so terrible that if I had received a text with four question marks, I would have called that a good day.
So yes, Sobnack sent messages with too many question marks, but as near as I can tell, that's all he did, because the only complaints in the news were about the question marks.
According to the various stories, no one complained that he created a hostile work environment. He didn't belittle employees. He didn't shout in meetings. He didn't make threats. He only used a lot of question marks.
Maybe he did do those things. Maybe he was a terrible boss who used to bully and intimidate his staff. Maybe the excessive question marks were the nicest things about him. But those weren't the reasons given for his firing, the excessive question marks were.
Judge Richard Adkinson ruled that the decision to fire Sobnack was wrong because several allegations were unproven, and the latest message had not even been investigated. He concluded that while the university was wrong to dismiss him, Sobnack contributed to his own dismissal.
He said some of the messages had been "brusque, blunt, and unnecessarily aggressive in tone."
"He had been advised to watch his tone in his text communications. He had ignored it," Adkinson wrote in his decision. "That is culpable and blameworthy conduct that contributed to everything that happened."
While I get tired of the "precious snowflake" insult used to belittle the emotions of some young people, there are other times I roll my eyes and say, "Seriously? Could you try to not be such a delicate flower for just a minute?"
I worry about England's students and what offends, frightens, or upsets them. One school is scared of capital letters, and the other has a fear of question marks.
I'm just waiting for a school to ban cheering at sporting events so they don't discourage the athletes.

My new humor novel, Mackinac Island Nation, is finished and available on Amazon. You can get the Kindle version here or the paperback version here.