You Think You're Better Than Me?

on May 07, 2021
"Hey, Kid, do you think you're better than me?"
Absolutely, hands down, I said. Why do you ask?
Kurt sputtered and choked on his beer, and I clapped him on his back. We were at Klompen, our favorite Dutch-themed bar, to watch Dutch baseball (Honkbal, as they call it) on satellite TV. The Silicon Storks were beating Oosterhout Twins, 4 – 1, in the 4th inning.
Karl finally recovered and said, "First of all f--- you. Second, you answered that pretty quickly. I didn't expect you to do that. Or say that."
Yeah, so? I said.
"And you didn't even want to think about it?"
I pondered that for a moment. Well, no, I said.
"See? You thought about that longer than you thought about my original question."
Well, but I should think I'm better than you. Don't you?
"Again, f--- you."
No, I mean, don't you think you're better than me?
"Oh." Karl thought about that for a moment and took a drink from his beer. "Yeah, I suppose. I never really thought about it, I guess."
It sounds like a question you'd ask someone you're about to fight. You know, you'd get all drunk and shove the guy and go, 'Hey, you think yer better'n me?'
Karl laughed and ate his last few fries. Our server, Inge, cleared away our plates and refilled our Cokes. We had enjoyed some Dutch-style hamburgers, whatever that meant. We'd been coming to Klompen for their burgers for ten years, and the only thing we knew is that they had Gouda cheese on them.
I continued: Because people get irritated if someone actually does think they're better, which is what started the fight in the first place. Like, you're not supposed to think you're better than someone else, even though I think we all secretly do.
"Exactly. That's rude."
I know, which is why I said it to you, I said.
"You know what else is rude? F--- you." Karl showed me one of his fingers. 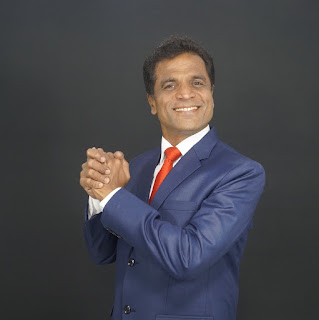 Oh, come on, I was just kidding. I know we're not supposed to think that. It's a person's special private thought. We're all just supposed to think we're as good as everyone else. You know, like asking a parent if they have a favorite child.
"Oh, it was me," said Karl. "It was definitely me."
Uh-huh, I said. Anyway, we're not supposed to think we're better than everyone else, but I'll bet everyone secretly thinks so.
"Not everyone, apparently. I read about a study the other day that said nearly half of all people believe they're the best person they know."
Seriously? Only half? That's actually disappointing. I still think we should all feel that way.
"Well, half the people would believe you. According to this study, 46 percent of the people who were surveyed thought they were 'better' than everyone else they know."
I guess that's true, statistically. Half the population would be better than the other half, but that's not the important question.
"What's the important question?" asked Karl.
Better how? I said. Better at what?
"I don't know, the article didn't say." Karl pulled out his phone and tapped the screen a few times until he found what he was looking for.
I said, I was kidding earlier when you asked me if I thought I was better than you because the question is just so vague. Am I better at singing? Or at trivia? Better at writing?
"Hardly," Karl interrupted.
I showed Karl one of my fingers. Or does it mean better in terms of goodness and being a decent human being? Or even just being a better driver?
"Actually, I read somewhere that 76 percent of people believe they're a good driver. And that can't be true if you believe in an even statistical split between bad and good drivers."
No, what you're actually saying is that more people believe they're a better driver than believe they're a better person.
"Ouch. That sounds sad when you say it out loud. But the other half of the people don't think they're bad. Roughly three-quarters of the people believed they were fundamentally a good person. Just that half of them thought they were, in their own eyes, 'better than everyone else they know.'"
Wow, seriously? That makes me feel kind of bad for the last 25 percent. 'I'm a good person, but not that good?' Or worse, I'm not a good person?
"It jibes with how people view humanity. The study found that 81 percent believe humanity is inherently good."
That sounds about right. I think 81 percent of humanity is inherently good too.
"Seriously?" asked Karl. He waved down Inge and asked for a dessert menu.
No, I'm just kidding. I think that, on the whole, people are inherently good. I mean, there are extremists and a-holes who commit hate crimes and sedition against the country, but for the most part, people are good at heart, even if they're a little misguided.
"Well, since you're better than me, you get to pay for lunch today," said Karl.
I would, except I forgot my wallet.
"That's convenient."
Yeah, I know. So if you get lunch today, I'll pay next time. Promise.
"You'd better."

My new humor novel, Mackinac Island Nation, is finished and available on Amazon. You can get the Kindle version here or the paperback version here.
confidence Karl. self-esteem
Location: Orlando, FL, USA