Karl the Curmudgeon Goes on a First Date

on June 25, 2021
"Hey, Kid, where would you want to go on a first date?" my friend, Karl, asked me over beers one evening.
I'm sorry, what? I said.
"I said, where would you want to go on a first date?" he repeated. We were sitting in First Editions, our favorite literary-themed bar, for a Welcome Back open mic literary reading.
Everyone was vaccinated, but we were still wearing masks and practicing safe social distancing because we believe in science, and we've been doing this for 16 months. Even so, there's always some Well, Actually crank on Facebook who paws at his keyboard and says, "Were you wearing masks? Where are your masks? That guy wasn't wearing a mask" like we're all new at this, and he's hoping to catch us out.
I'm flattered, Karl, but you know I'm married, right? Besides, we've known each other for so long, we're beyond first dates.
"Idiot, I'm not talking about us, I'm talking about me." The bartender, Kurt, set a couple beers in front of us.
Then why did it sound like you were asking me out?
Karl rolled his eyes so far back in his head I thought he'd had a stroke. "I'm thinking about asking out a woman from my writer's group, and I'm wondering where we should go."
So why would you ask me?
"Because you've dated more recently than I have."
Karl, I've been married for nearly 28 years.
"Yep." He took a drink of his beer.
No! Surely you've dated in the last 28 years.
Kurt perked up and said, "Nope, and don't call him Shirl—"
Kurt! I growled. There's a reason you don't get many speaking parts in these.
"I mean, I've gone out with women before," said Karl, ignoring Kurt. "But it was usually to an event like this or seeing a play. They weren't really dates, so I never thought about whether it was an ideal date place."
And why is this woman different?
"Because I want to see her more than once, so I want to take her somewhere that doesn't make it look like I haven't dated since Clinton was president."
So that's a no for the monster truck rally?
"Be serious," said Karl.
Alright. I thought for a moment. Well, you shouldn't see a movie or a play.
"Really?" said Karl. "I was actually thinking about a play at the university."
Because the whole point of a first date is to learn things about each other, and you can't talk at a movie or a play.
"What about a hike?" asked Kurt. 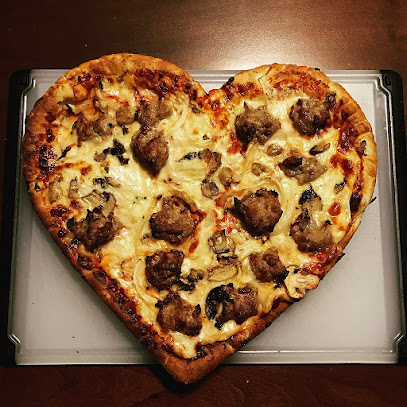 Most hiking trails are not suited for walking side-by-side. One person is always following the other, which means no talking. Plus, you'll be a sweaty mess when it's done. You barely look acceptable now.
Karl made a rude gesture at me. "How about an art gallery or a museum?"
Meh, not as a first date. It's like a hike with art. You're both facing the same direction, not each other, and you can't talk. Plus, other people will butt into your conversation.
"Literary readings?" Karl asked.
Are you kidding? I don't even bring my wife to these because they're dead boring!
A terrible hush fell over the crowd of writers. The woman reading on stage looked like someone had just called her baby ugly.
Not you, I called. I'm absolutely enthralled with your story.
"Poem," whispered Kurt.
Poem. I meant poem. The woman made a rude gesture and continued.
See what I mean? I whispered. You can't even crack a joke without someone getting upset.
"That doesn't give me a lot of options," said Karl.
"What's wrong with just a regular dinner?" asked Kurt.
That's your best bet, I said, but it can be tricky.
"Why's that?"
Well, for one thing, you're dealing with possible food allergies and preferences. Also, you want to avoid messy foods. So, no barbecue ribs or stuffed burritos.
"Good point."
Believe it or not, there are certain date night meals that seem to work the best, I said. I just found this study—
"That figures," said Kurt. "You've always got a study."
And you've got other customers to pester, I said. Kurt pouted and sulked off to the other end of the bar.
Anyway, this study said that most Americans get pizza, burgers, or salad for their first date meal, and avoid things like oysters, mussels, and sushi.
"Pizza is considered safe first date food, but sushi isn't?"
Well, for anyone whose primary news source is TikTok, then yes, I suppose it is. But you've reached the age where you can splurge a little more to make a good first impression.
"I could always cook for her," said Karl.
Uh, that's not a good idea.
"Too forward, you think? Like, it sends the message that I'm expecting something a little more for dessert? And it puts her on my turf, which will put her guard up?"
No, it's because I've eaten your cooking, and you said you wanted to make a good impression on this woman.
Karl made a rude gesture as his phone buzzed. He looked at it and then looked at me.
"She just texted me and asked if I wanted to go to a food truck festival on Saturday. What should I do?"
If she doesn't dump you after the first chili dog down your shirt, she's a keeper.

My new humor novel, Mackinac Island Nation, is finished and available on Amazon. You can get the Kindle version here or the paperback version here.
dating eating food Karl
Location: Orlando, FL, USA