Do Not Go Wrinkly Into That Good Night

on July 09, 2021
We're obsessed with staying young. Over the last 20 or so years, I've noticed more people are fighting harder to keep their youthful looks. They tan, tone, and trim to look 5, 10, and 20 years younger than they actually are.
They're getting wrinkle fillers and muscle paralyzers. They're smearing on anti-wrinkle creams and skin moisturizers. And they're going under the knife to get lifted and tucked.
It's understandable, of course. We looked good when we were younger. How many times have you looked at an old picture from 20 or 30 years ago and said, "Damn, I looked GOOD!"
We still want that, even as we get older, until we reach the Maginot Line in life, where time marches on, no matter how strong our defenses are.
Except people aren't going to get much older if they keep falling for some of these fake anti-aging cures, thanks to all their BS jargon words that don't mean anything.
Like the expensive creams that promise "clinical strength" wrinkle-fighting power, leading me to wonder exactly which clinic they're talking about. Is a clinic somehow stronger than an office or a workshop?
"Dermatological tested" is another BS buzzword these quacks like to throw around. It only means the product has been tested on skin. So has everything else in your home, but you shouldn't rub furniture polish on your face.
Gwyneth Paltrow's Goop company is one of the worst offenders for pseudoscientific nonsense. Her BS factory offers products and treatments that sound like the very thing Goop rhymes with. She's got "clinically tested" eye serums, face creams, and other expensive lotions that have never seen the inside of a laboratory. 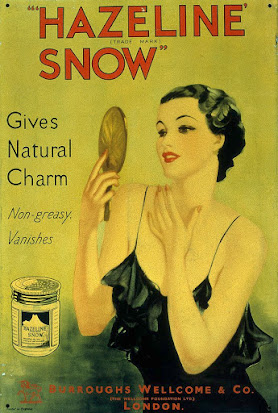 This is the same company that tried selling $120 body healing stickers in 2017. These were small 1" stickers — yes, like children's stickers — that were allegedly made from "NASA space suit material" that would "rebalance the energy frequency in our bodies."
Goop said the stickers were "made with the same conductive carbon material NASA uses to line space suits so they can monitor an astronaut's vitals during wear."
Except, as NASA told the website Gizmodo, they don't use carbon to line space suits. As one former NASA scientist said, "Wow. What a load of BS this is."
Bottom line, nothing works. There is no miracle cure for aging, at least when it comes to all the lotions, creams, and serums you've been rubbing on your face. There may be things that moisturize your skin, but drinking 12 glasses of water a day will also do the trick.
But most of us are looking for the magic cure to stave off the inevitable a little longer.
A recent survey asked 2,000 people about aging and found that 77% said "aging gracefully" was a major priority for them.
To me, aging gracefully means not plopping down into a seat and grunting out loud.
I'm still fighting this fight, but it's not looking good.
But I do like the imagery of "aging gracefully." Ever since I was a kid, I always imagined it meant a ballet dancer in her 60s elegantly gliding through a fancy dining room whenever I heard the phrase.
Rather than aging gracefully, many people want to "fight aging," which means now the ballet dancer is wearing boxing gloves. They're trying all kinds of anti-aging hacks and tricks, like blood masks, a vampire facial, caffeine gel, self-tanner, flour and vinegar, and even "a lot of sex."
Except most of these anti-aging treatments are so much pseudoscientific nonsense that they sound like they do more harm than good. (I'll let you do your own research about "a lot of sex.")
For example, the vampire facial is not that thing where you have to sleep in a coffin with dirt from a graveyard inside it. That's a completely different thing that will keep you looking young for centuries, but you have to avoid sunlight.
The vampire facial is where doctors take some of your blood and extract the plasma. Then they give you microdermabrasion to remove the outer layer of your face's skin with a "clinical strength" sandblaster. Then, your "dermatological tested" plasma is smeared back on your face to speed up the healing.
Healing it wouldn't need if you hadn't just had your face sandblasted by your dermatologist, Dr. Acula.
There are also the products that claim to "speed up repair to DNA," which is clearly some next-level New Age bullgoop. Believe me, if someone found a way to repair DNA with Dr. Babese-Butt's Miracle Face Smoother, pharmaceutical companies would have been gouging dying patients out of thousands of dollars for it years ago.
I know we don't want to look older than we are. Many of us refuse to go silently into that good night.
It's just hard to fight aging with overpriced, unproven pseudoscientific garbage. Just drink a lot of water, stay out of the sun, and go on the Ice Cream Diet.
That's where you eat a bowl of ice cream every night. Your face will fill out pretty soon, and your skin will tighten, and all your wrinkles will disappear.
Plus, if you grunt when you sit, you can just pretend you're enjoying your ice cream.

My new humor novel, Mackinac Island Nation, is finished and available on Amazon. You can get the Kindle version here or the paperback version here.
aging anti-aging beauty
Location: Orlando, FL, USA