If You're Nothing Without Coffee, Maybe You Shouldn't Have It

on August 27, 2021
Hi, my name is Erik, and I drink decaf.
"Hi, Erik."
It feels good to admit that out loud. I've tried to hide my shameful secret (no, I haven't), and I've been afraid to tell people about it (again, no, I haven't). So I figured it was finally time to come clean and tell everyone about the dark-roasted secret I've kept for so many years.
That's a lie. I've been drinking decaf for eight years now, and I'll tell anyone who listens.
Also, I drink medium roast because dark roast hurts my tummy.
I mean, it's not a secret when I order a decaf latte with whole milk, light foam at every single coffee shop I visit.
Occasionally, the shop won't have any because they ran out last fall and haven't reordered it. Or they just never carried it in the first place because it's "eerie" and "ain't natural." Or because they secretly despise me for not drinking "real" coffee.
Other people wear obnoxiously-cutesy t-shirts that say "OK, but first coffee" and "Instant human: Just add coffee." It has become a badge of honor to drink coffee powerful enough to peel the paint off your car and put hair on your unborn grandchildren's chest, even the girls.
The people who drink powerful coffee are loud, boorish Viking-types who don't so much talk as growl and roar, waving large tankards of coffee around. They're tough, Type-A people who think drinking it makes them powerful and interesting. They have big muscles and thick black beards, even the women, and a tattoo of an ax splitting a mountain on their cannonball shoulders.
Imagine if Macho Man Randy Savage wouldn't shut the hell up about cross-fit. Now put a cup of very strong coffee in his hands. That's a Coffee Viking. 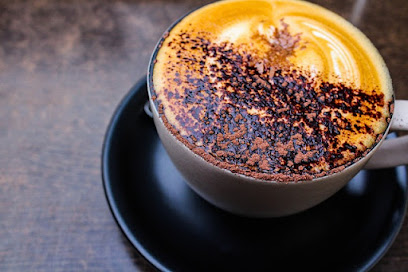 And they gulp scalding hot coffee that's so dark NASA wants to study it — coffee with powerful names to show that they're not weenies. Coffee with names like Black Label, High Voltage, Gunpowder, or Peel Your Face Off coffee. (That last one is not a real brand. Yet.)
The Coffee Vikings greet me with a hearty bellow and invite me to join them for Spiked Skull Coffee or whatever violently morbid brand they're drinking.
I tell them, "No, thank you, I drink decaf."
They stare at me, mouth agape, beards quivering, like Vikings who just learned that Thor drank La Croix.
"How do you even function?" they roar, hoisting the WWE world championship belt over their brawny shoulders.
"With grit and determination," I say. "How do you?"
"I can't function without my coffee in the morning. Don't talk to me until I've had my coffee," they bellow, bashing their tankards of Fiery Death Blast coffee together, yowling with laughter.
"Really? That's a shame. I just get right up and go to work."
"But. . . but. . . caffeine!" they protest. "You must have caffeine to function in the morning! Otherwise, you're weak!" And then they bellow, chest bump, and crash their tankards together again, but with a little hesitation.
"I don't know, you're the ones who need coffee in the morning. I just wake up, brush my teeth, and I'm ready for the day."
The laughter quickly dies, and the Coffee Vikings scratch their heads and mumble their confusion.
"But we always go to work and say, 'I can't do anything until I've had my coffee!"
"You mean, you drive a two-ton vehicle to work before you're wide awake and fully functional?"
"What? No! What? I don't— I mean, yes. Er, no. What was the question?"
"You said you drive to work and then tell people that you weren't capable of operating a vehicle."
"No, that's not what we — that is, it's a joke?"
"Uh-huh. So, it sounds like maybe your coffee's not that great."
"What?" They stare into their now-shrinking coffee mugs, hoping to find the answers there. "But we drink Murder Death Kill coffee. It makes us strong. It means we're tough and we can do anything."
"But what can you do without it?" I ask, sipping my decaf latte. I brush the foam mustache from my real mustache.
"Nothing," whispers one of the Coffee Vikings. "Without our coffee, we're nothing."
"If you're nothing without your coffee, then maybe you shouldn't have it."
They set down their demitasse cups and stare at them as if they've been living a lie.
"Have you ever tried tea?" I suggest.
"But tea is for weenies," they groan. "It's for fancy-pants tea parties."
"In the 1800s, tea was actually considered the tougher, more rugged drink. Coffee was the drink for fancy-pants parties."
"What?" they say, perking up.
"Yeah," I say. "And they even have a style called gunpowder tea."
The Coffee Vikings spring to their feet, their hope renewed.
"I prefer Earl Grey," said one.
"You mean EARL GRENADE!" they bellow at the sky, crashing their tankards together once again.