on November 12, 2021
I've been using email longer than many of you have been alive.
Before I start yelling at you to get off my lawn, I should first point out that I started using email in college in 1987, which was 34 years ago.
Which, now that I hear it out loud, get the hell off my lawn.
Back then, you could email anyone within the university as long as you knew their username — mine was 00erdeckers. But it was a banner day when I learned I could reach someone at another university if I added the name of their school plus .EDU at the end. So, I was 00erdeckers@bsu.edu.
When I learned that, I felt like I had learned some super important secret that only the university's Illuminati knew. I thought, "With this knowledge, I could change the world!" As it stands, that knowledge was like opening a Pandora's laptop of spam and overwhelming advertising.
A few years later, I joined America Online when they still only had 830,000 members. A few years later, I got a Yahoo email address and was early enough to get my last name as my username.
Seven years later, I was one of the first Gmail users, so early that you needed an invitation from someone who already had a Gmail account. I was still early enough that I could use my own name as the email address.
Not like today, when all the usernames have been used up, and you can't get an email account without a few Celtic runes in it. The last time I mistyped someone's email, I accidentally summoned Morrigan, the Celtic goddess of war.
On the plus side, she did promise to help me get revenge against the kid who stole my Members Only jacket in high school, but I have to forward her message to five of my friends. 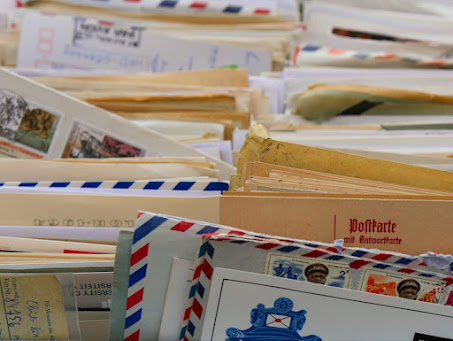 I've seen it all in these three decades. The email wars. The rise and fall of Hotmail. I had my own Excite.com address, but sadly they're no longer around. I even remember the early days of the Internet where users were vehemently anti-advertising and anti-marketing, and you could get banned from a discussion forum if you so much as mentioned you had a collector's item for sale.
Back then, emails were so rare, we would get excited whenever AOL would announce, "You've got mail!" I always felt like the You've Got Mail guy sounded really happy for me. There was always a hint of "Good for you, champ!" in his voice.
Nowadays, there are so many emails coming in at all times of day or night, it's hard to keep up. But I have taken a solemn vow of email minimalism where I never allow more than 20 messages to clog up my inbox.
Some of you have more than 10,000 messages in your inbox because you wouldn't know good email management techniques if they were sent to you by a Nigerian prince. Seeing the little 5-figure badge on your laptop or phone makes my left eye twitch. I'm both fascinated and horrified by the state of some of your inboxes, and I can't look away.
It's like watching naked people argue in public. I know I should look away, but I'm fascinated by the spectacle of it.
"Please let me clean out your inbox," I'll ask some of my friends.
"I can't," they wail. "I don't want anyone to know how I live."
"It's not like I'm going to write about it or anything," said the guy who's writing about it right now. Although I'm sure I'll find a few cats and an unopened box of Twinkies from 2007 in there, so I understand their reluctance.
The reason to clean out your inbox is because your emails may be causing you unneeded stress (which also implies the existence of needed stress).
A recent study out of Cornell University found that people feel pressured to answer emails they receive outside of work hours.
Thanks to more people working from home, the line between work and home is about as solid as a cotton candy fart. But the appearance of the emails in their inboxes is causing people stress because they think they're supposed to answer them quickly.
Most of the email senders were surprised to learn that their after-hours emails were causing anxiety because they assumed people would understand that they didn't expect an immediate response.
But what do you expect when your boss emails you at 10:30 at night? It's your boss. Whenever they tell you to do something, you're supposed to do it, right? So when they try to avoid their loveless marriage by getting some work done, can you blame them?
Just do what their spouse does and ignore them until you see them in the morning and you're forced to make a modicum of polite conversation for the sake of the children.
And if you don't like my characterization of your inbox or your marriage, you're free to send all of your complaints to erik.deckers.complaints@excite.com, and it will be given all the attention it deserves. Especially after hours.

My new humor novel, Mackinac Island Nation, is finished and available on Amazon. You can get the Kindle version here or the paperback version here.
computers email Excite.com Gmail
Location: Orlando, FL, USA