on January 07, 2022
You know those scenes in Popeye cartoons, where Popeye is going to be eaten by a shark, Olive is tied to the railroad tracks, and Bluto is laughing so hard he's going to have a stroke.
At the last possible moment, Popeye eats a hidden can of spinach, gains his super strength, saves Olive, and knocks Bluto into the shark's mouth.
That's how the last two weeks have been for me, waiting for the 47th List of Banished Words for Misuse, Overuse, and General Uselessness from Lake Superior State University (LSSU).
Each year, for the last 17 years, I've written about this list, right as the New Year started. LSSU releases it on December 31, just in time for me to kick the new year off right.
Except this year, my column-writing night wasn't until the 6th, nearly a full week after the list came out. I felt lost, abandoned, feeling my way through the dark. What can I do? Every year, right at the end of the year, I write about the words that LSSU tries to banish. Only there's no list!
So I spent a whole week, floundering and flailing, like a sailor man without his spinach. Until, finally, the first column-writing night of 2022 came, the list came out of nowhere, I saved Olive, and knocked Bluto into Lake Superior.
No worries.
Except, no "no worries." 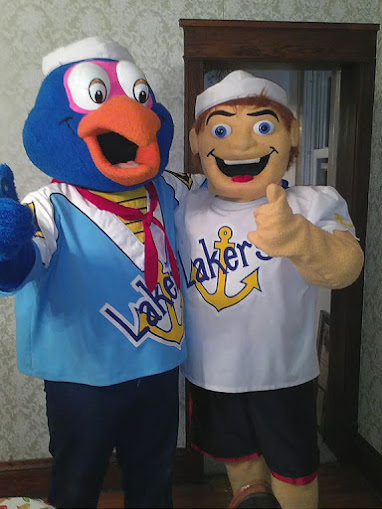 Thanks to LSSU's new list, we can't say "no worries" anymore; it's on the list of ten banished words. Because the same grouchy grumps who hate it when young people say "no problem" also hate "no worries."
These grumps incorrectly assumed the term means "don't worry about it."
"If I'm not worried, I don't want anyone telling me not to worry," said one grump, clearly worried about it. "If I'm upset, I want to discuss being upset."
Easy there, Grumpa. You're clearly more upset about it than you're letting on.
The phrase is originally Australian, and it took off in America thanks to Crocodile Dundee, the Sydney Olympics, and Steve Irwin.
"'No worries' is a victim of its own success, and has since become naturalized in America, that is, stripped of specific Australian connotations," said Tiger Webb, a language researcher and the chair of the Australian Broadcasting Corporation's English usage committee.
So basically, we stole this little-known phrase and corrupted it. It used to mean that the speaker had no worries and that they were happy to do the thing you were thanking them for.
Instead, when they're not complaining about how music was better in their day, the grouchy grumps are complaining about how no one says "You're welcome" anymore. It's because you don't show gratitude, you grouchy old farts.
At the end of the day, I'm not OK with that. At least I wouldn't be, except "at the end of the day" has been given the chop by LSSU.
Again.
As it turns out, they previously gave it the chop in 1999, which means the banishment didn't take the first time.
It was banished for being an "overused synopsis of a conversation or debate, often by politicians and pundits."
But politicians and pundits never actually listen to anyone, which is why LSSU had to do it again 23 years later.
Speaking of people not listening, some people just aren't being heard. "You're on mute" was banished for overuse.
Which wouldn't be a problem if people just learned how to use Zoom in the first place.
Seriously? We've been dancing this stupid dance for two years, yet there are still — STILL! — people who don't know to check their mute button before they talk.
I've been in meetings where we've had to tell people four and five times, "You're on mute. You're on mute! YOU'RE ON MUTE!" before they finally get the clue.
It makes me wish meeting organizers could press a button and unmute the other person. Or deliver an electric shock. I'm not picky.
That being said, I do appreciate that I can attend meetings without actually leaving the house. Or getting dressed.
Except "that being said" is now banished as "verbal filler, redundant justification, and pompous posturing."
Which is unfortunate because I always liked that phrase. But now, it can no longer be said.
LSSU has also added "deep dive," "new normal," and "supply chain" to the list.
Wait, what? You're having a go at "supply chain?"
"Supply chain" shouldn't be on the list because it's an important construct. Our country literally can't function without the supply chain of goods. Just because you don't like hearing about it in the news doesn't mean banishing the word will fix the problem. Get your head out of the sand or wherever some people have their heads these days.
Also, "wait, what?" got banished. Really? Come on! That's a fun punchline when it's used correctly. You people need to get your head out of your. . . sand.
"I hate it," said one submitter. Oh, you hate it? I beg your pardon. That's a perfectly logical reason to banish a term. I'm glad you were able to present a cogent and coherent argument.
"I don't want to wait," groused the contributor before being carted off in Willie Wonka's factory.
Overall, I was not pleased with this year's list. The contributors were just complaining about kids being on their lawn rather than actually coming up with any phrases worthy of banishment.
So, please, LSSU, can you give us better words that are worthy of banishment next year?
I'm just "asking for a friend."
Wait, what? Oh, come on!