on March 25, 2022
In accordance with Scottish law, or the people of EstablishedTitles.com, I am "henceforth and in perpetuity" to be referred to as "Lord Erik Deckers."
No, not as in, "Good Lord, Erik Deckers! What have you done?"
As in, I am now part of the Scottish nobility.
I promise this won't change who I am or my willingness to spend time with the people who have helped me become who I am.
You know, the little people.
A couple of years ago, my wife bought me the title to a five-square-foot parcel of land in Aberdeenshire, Scotland, including all the accompanying rights and privileges. With that parcel comes the title of Lord for men or Lady for women. And now I really am allowed to sign my name as "Lord Erik Deckers."
According to the official-looking Proclamation, which was FedExed to my house, I "may henceforth and in perpetuity be known by the style and title of LORD and shall hereafter, to all and sundry, be known as LORD ERIK DECKERS."
And they spelled my name right, which means it's legally binding.
Technically, a Scottish lord is called a laird, which means you can now address me as Laird Deckers.
Unless we're close friends and family. Then, when we're alone, you can just call me "My Lord." One does not stand on formality with one's friends, after all.
However, when we're in public, you should call me Lord Deckers, or Laird Deckers if you prefer the more historic title. One likes to offer choices to the people, after all.
But I don't expect this new title to change me. You will still be allowed to approach me in public after you have been searched by my security personnel. And I will still be happy to meet you for coffee. Just contact my secretary to set up an appointment, and she will give the address to my chauffeur.
See? Just like the way it used to be. 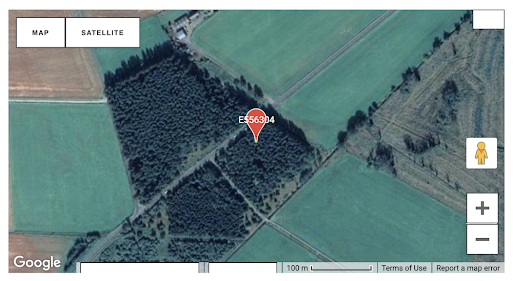 My parcel of land is known by a name steeped in history and tradition, Plot E556304, which is in the middle of a forest. My rule extends over the lands as far as I can see, mostly because the view is blocked by other trees.
In fact, Aberdeenshire, which is in Aberdeen County, is known for its agriculture, fishing, and forestry. So I may be able to do some fishing when visiting my estate. Assuming I can get permission from the Laird or Lady who rules E528226.
In fact, I think we could be chums, as we Scottish nobles like to say. We'll wear tweed and kilts, and we'll guffaw and chortle as we drink whisky on our land, walking our dogs, and chasing off poachers. Because that's what one does when one is a Scottish laird or lady.
The locals lovingly refer to my new homelands as "304," or Ol' Foggy, because the last three numbers of the parcel spell "F0G" on a phone. Also, Scotland is very foggy in the spring.
They have even given me an affectionate nickname because they love me so much there: "Laird Daft Numpty," which means Beloved Warrior, I think.
Ol' Foggy is five square feet in size, which means it's about two-and-a-half by two feet.
Actually, now that I'm a Scottish laird, we do things in metric, so it's .46 square metres.
Also, notice that I spelled it "metres," not "meters." I spell things that way now. Like "buttre," instead of "butter."
The estates of all us new Lairds and Ladies are nestled between highway A97 and Knichtland Burn there in Aberdeenshire. While these may not sound like old historic road names, like Castle Road or King George Way, I like to think A97 is built on top of an ancient Celtic trading road. It's not, but I like to think that.
If nothing else, A97 is historic because it runs straight through an area called Battle Hill, so named for a small battle that possibly took place half a mile away in 1307. (Although no one is actually sure if it happened.)
Meanwhile, Knichtland Burn ends at the Strathbogie Filling Stations, which is part of SPAR Certas Energy.
I realize calling a place Battle Hill when it didn't actually have a battle is not very inspiring. Then again, William Wallace never gave a roaring speech about the Strathbogie Filling Station either.
In either case, we Scottish Lairds of Aberdeenshire can boast that our small corner of the world has known peace for the last 715 years. So we've got that going for us. 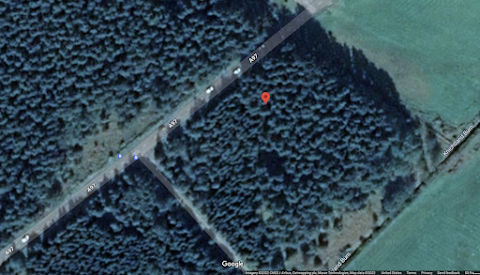 As far as I can tell, my parcel is occupied by at least one tree, which means I could become a wealthy timber baron. I am also considering leasing the mineral and oil rights to the 304. Of course, it will have to be a very tiny mine, probably just a hollow stick poked into the ground, but I anticipate the money will start pouring in once they clear the land of all the tree.
I am also negotiating fees for the airspace above my land, requiring the airlines to pay a license fee for permission to fly over the 304. So far, I have amassed $.00009 and believe we will earn our first dollar by the year 2207, a full 900 years after the last battle was maybe fought near our vast estates.
Being a Scottish laird seems pretty easy, and it still leaves me plenty of time to hang out with you, the regular people who matter the most to me.
Excuse me, "mattre" the most.