I Miss the Good Old Days When Scammers Weren't So Lazy

on April 15, 2022
Email has made everyone lazy, especially criminals. Nigerian princes and Iraqi generals no longer print and mail their letters of deceit. Instead, they send thousands of emails per day with the click of a mouse.
There's no artistry or pride in their work. They spread their lies with a computer algorithm. Not like the old days when the OG scammers used envelopes and stamps and made you feel special. Like you were the only victim in the world.
In the mid-1990s, I was the marketing director of a small poultry equipment distributor. I attended trade shows and visited different countries, but I never truly felt appreciated for my efforts. Something was missing, some empty hole in my professional career that no three-star client dinner could ever fill.
Until one day, an international delivery letter arrived at the office.
It was here! It was finally here! It was my first Nigerian prince scam letter. It was printed on the finest cotton paper, carefully folded into an airmail envelope. My name and address had been written by hand, and I imagined the scammer slowly printing the letters, his tongue sticking out of the corner of his mouth. Then he stamped it with enough postage to reach me from Nigeria. 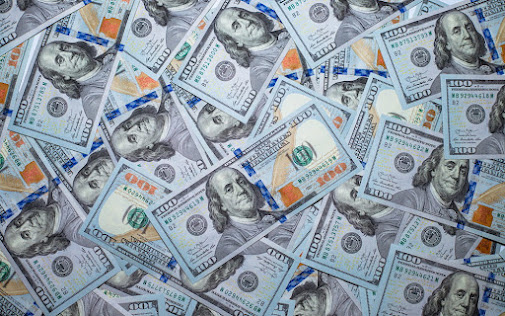 The prince — whose name I have forgotten — said he had emptied his oil ministry's bank accounts of $240 million. He would give me half of it if I sent him five blank sheets of paper with my signature at the bottom, plus my bank account numbers.
I shot out of my seat and hollered like Annie Potts when the Ghostbusters got their first customer: "I GOT ONNNNNNNE!"
I smacked a big red button on my desk, red lights flashed, and sirens blared as people gathered around my desk and congratulated me.
This was it! I had finally arrived. I was in the big time now because I had caught the attention of overseas criminals.
I thought hanging the letter on my wall would be too ostentatious, like those salespeople who drive flashy European cars and wear expensive watches. I don't like flaunting my success; I'm not insecure that way.
But the good old days are gone. The scammers got lazy and don't even care anymore. They lost the passion and the art of the scam.
These days, I can't count the number of weekly emails I get from sheiks, foreign princes, and generals who raided the Iraqi oil ministry. They value quantity over quality, and their little plots lack imagination.
They found a cache of 500 million American dollars in a shipping container. Or they embezzled money from their national treasury. Or they diverted the funds from an oil sale.
Blah blah blah, stole money, need help, blah.
What happened to the good old days of "The military overthrew my government and I escaped with a bunch of money," or "My brother tried to murder me to become the king, so I stole his money and I can only leave with half of it?"
Seriously, these criminals have no sense of storytelling.
And the emails aren't even addressed properly. Not like my own printed scam letter. They even spelled my name right, so I knew they took pride in their craft. Today's emails are just addressed to "Dear Friend" or "My Love," which is weird because it's been decades since I spoke with the last deposed king to call me that.
But I received a new scam last week that may give my first letter a run for its stolen money.
It was a message sent through LinkedIn. The person in question — we'll call her Joyce — said she was hosting a conference and needed me to write a 7,000-word article. And she would pay me $1 per word.
Now, that's a lot of money for a copywriter. That's writing-for-Newsweek money. That's red flag money. But it's not out of the question.
In fact, it was enough to make me say, "Really? I'll check it out."
Joyce requested and received a copy of my résumé and writing samples. I also spelled out my payment terms, asking for 50% upfront.
Joyce wrote back and gushed about my writing samples because I'm good at my job, and she knew I was the perfect person for the job. Then, my impostor syndrome kicked in, and I wondered if I really was that good.
But, she had her own payment terms, and it didn't involve paying me 50% upfront.
She wanted to send me a check because apparently I still live in 1984 and my grandma is giving me a birthday present.
She would send me a check for the total amount. I was to cash the check, keep 25% of it, and deposit the rest into an escrow account that she controlled. Then, after I completed the article, she would then pay me the rest of the money, which I'd already once held in my hands.
Except I already knew this scam.
If I did all that, the check would bounce, the escrow account would disappear, and I would be on the hook for the entire $7,000.
So I checked out Joyce's LinkedIn page, called her office, and talked with Real Joyce. As I expected, she had no idea what I was talking about. I told Real Joyce about the messages, and she said, "Oh yeah, I never sent those. I guess I was hacked."
So I wrote back to Fake Joyce and said, "I just called your office and spoke with you. You were rather surprised to learn that you had extended this offer to me." Then I asked her to confirm that this wasn't a scam.
It's been two days, and I haven't heard a word from her.
Still, it was a clever attempt, and I have to give her credit for the effort she put into it. If she gives me a copy of her signature and bank account numbers, I'll send her a nice gift.

My new humor novel, Mackinac Island Nation, is finished and available on Amazon. You can get the Kindle version here or the paperback version here.
LinkedIn Nigerian scams scams
Location: Orlando, FL, USA