If You're Bored, Then You Must be Boring

on April 01, 2022
When my kids were little, I used to irritate them. Not like now when they're all grown up, and I've invented new ways to irritate them.
Like clockwork, when they were around six years old, each child complained about having nothing to do.
"Daddy, I'm booooooored!"
I didn't want to be their fallback source of entertainment — that's what TV is for — so I had to put a stop to that immediately.
"Really?" I said. "Because if you're bored, then you must be boring."
This did not sit well with them, or my wife for that matter. She wanted our kids to escape childhood with their self-esteem intact, unlike the both of us.
But I only had to say this once, so they turned out OK.
I told them, "Right now, you're at the age to have an amazing imagination. You're more imaginative than almost any kid I know. You've spent your whole life making up new ways to play and have adventures, and to do all kinds of cool things with your toys. So you should be able to come up with something amazing that you can get excited about."
"But I can't think of anything new," they said. "I'm tired of playing that way."
"Well, think of something because if you're still bored in five minutes, I'm going to make you clean your room."
"I'm OK!" they each shrieked and ran off. They have never been bored since. Or at least haven't admitted it out loud. Also, their rooms always looked like bomb-testing sites, so mission accomplished.
So what's wrong with being boring? It depends on who you ask. 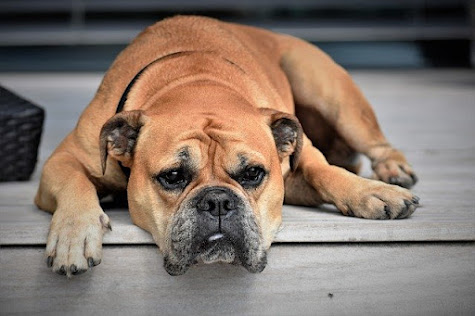 Scientists recently discovered the most boring person in the world and found that it's my 9th-grade algebra teacher.
Just kidding, they found the type of people, not any one person, based on their jobs and their hobbies. And if a few of these things describe you to a T, you may need to spice up your life a little bit.
Researchers from the University of Essex conducted five experiments and interviewed more than 500 people to determine the most boring jobs and interests. They found that boring people tend to live in small towns instead of big cities. They're accountants or tax/insurance professionals. And they tend to be religious or like watching TV.
Which is odd because I knew two small-town accountants and one bookkeeper who all attended the same church. One was a serial adulterer, and the other two were embezzlers. That's a whole lot less boring than the research suggests.
According to the study, which was published in the Personality and Social Psychology Bulletin, the five most boring jobs are 1) Data Analysis, 2) Accounting, 3) Tax/insurance, 4) Cleaning, and 5) Banking.
Meanwhile, the five most exciting jobs were listed as 1) Performing arts, 2) Science, 3) Journalism, 4) Health professional, and 5) Teaching.
Number five notwithstanding, I still say my 9th-grade algebra teacher was the most boring person on the planet.
But being boring is actually quite interesting. At least that's what lead researcher, Dr. Wijnand Van Tilburg, a professional data analyst, said.
(Technically, he's a psychologist, but believe me, they do lots of data analysis.)
Van Tilburg said in a university press release, "The irony is studying boredom is actually very interesting and has many real-life impacts. People may not take time to speak to those with 'boring' jobs and hobbies, instead choosing to avoid them. They don't get a chance to prove people wrong and break these negative stereotypes."
And what about boring hobbies? Do the five most boring hobbies include exercise? Surprisingly not at all. That's because the researchers never talked to any cross-fit enthusiasts.
Instead, the five most boring interests included 1) Sleeping, 2) Religion, 3) Watching TV, 4) Observing animals (e.g., bird watching), and 5) Mathematics.
As someone who enjoys a good nap, I take issue with number one. It's not only not boring, it's a necessity.
I mean, if your hobby is sleeping, then yes, that's boring.
But only to people who truly don't appreciate the power of a good nap. They haven't spent years trying to determine the best place, position, and length of time to achieve maximum refreshment in the shortest amount of time.
Now, if you look at my spreadsheet of naps that I've compiled over the last 17 years, you'll see definite patterns that—
Oh, shut up. TV watching is on the list too, Tiger King, so I don't want to hear it!
Unfortunately, being boring also means being lonely, which can be a problem. People tend to dislike boring people, and so they avoid spending time with them or talking about their jobs or their hobbies.
And that, said Van Tilburg, can be dangerous for the "boring" people. Those people may be at a greater risk of harm, addiction, and mental health issues.
So, listen to a boring person once in a while and pay attention to what they're saying. It will make them feel more appreciated, and maybe they're not as dreary as the world thinks them to be.
And who knows? You might find you share an interest in some of the same things they do.
Just tell me about them later. Right now, I'm going to take a nap in front of the TV.