on May 27, 2022
One of the best characters in Austin Powers, International Man of Mystery, is Basil Exposition, played by Michael York. Basil Exposition explains everything to Austin Powers, even though Austin knows exactly what's going on.
"Austin, as you know Dr. Evil has awakened from being cryogenically frozen since 1967 and now plans to conquer the Earth."
"Yes, I know, I was there."
This is a technique that TV and radio scriptwriters use to explain things to the audience without having a narrator pop in and do it. It's considered bad writing anywhere else, but Mike Myers uses it to great comedic effect.
I'm regularly reminded of Basil Exposition because there are so many devoted fans of St. Basil of the Obvious who love to share anything they can to a conversation, whether it's needed or not.
There's the Well Actually guy who can't control himself when statements are not 100% to his liking. He comes clomping into my feed to make some minor correction that's not really important. Or wanted.
"Mary Shelley first published her novel, Frankenstein, when she was only 20 in 1818 making it the first horror novel and scifi novel ever written."
"CLOMP! CLOMP! CLOMP! Well, actually, she first published that novel under her own name in 1821! Before that, she published it anonymously."
*sigh* Does that matter? Does that change anything about what I said?
"Well, no, I just wanted to point it out!"
No one asked you. Now, go away.
Men — it's almost always men — pay attention to what you say whenever you have something "contribute." If it starts with "Well, actually," then you're a Well, Actually guy. Try saying nothing and see if the world continues to function. We'll know you were right all along if it doesn't. 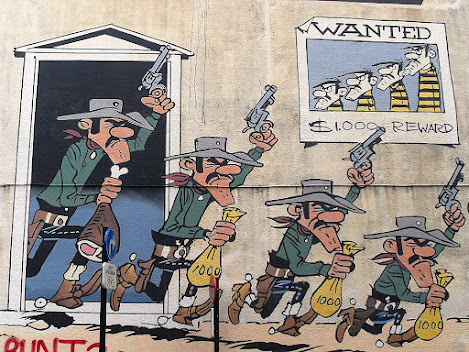 Then there's Professor No One Asked You. These are the people who have the answer to the question no one asked. And they'll share it with you whether you want them to or not.
I'm just kidding; no one ever wants them to.
I was recently on a conference call with Professor NOAY (pronounced No Way). We were doing a team-building exercise and had to come up with a plan for a bake sale for a nonprofit.
(It wasn't really a bake sale, but I want to keep this anonymous, so let's just pretend it's a bake sale.)
"CLOMP! CLOMP! CLOMP! Well, actually, you need the proper permits to hold a bake sale!"
I just said it wasn't really a bake sale.
"Still, it goes without saying that you need the proper permits!"
It clearly doesn't go without saying because you won't shut up about it.
"Fine."
So Professor NOAY decided to explain the need for a bake sale, how bake sales worked, and what kinds of baked goods we should provide for our bake sale.
None of this mattered. At all. Ever.
Because, for one thing, this was only a thought exercise. We weren't actually going to hold a bake sale.
Second, no one was going to bake anything, so it didn't matter what we baked.
And third, the nonprofit didn't actually need the money.
"CLOMP! CLOMP! CLOMP! Well, actually, nonprofits always need money!"
I hate you so much.
But Professor NOAY was undeterred. It didn't matter how fake this bake sale was. She was going to make sure we all knew why bake sales mattered, even though we only had five minutes to figure out what problems our fake bake sale were going to solve.
We managed to stop her before she picked up steam, and we completed the assignment.
The final member of the Exposition Gang — a gang of people who engage in unnecessary explanations (see what I did there?) — is Pat Lateral, the lateral thinker who can never answer a direct question if their life depended on it. They always need to put their own creative spin on a question to make sure you know they're a free thinker who's not bound by your limitations.
Cake or pie? I ask on Facebook.
"Oh, I prefer a nice muffin."
That's not the question. I didn't ask 'cake or pie or muffin.' You were given two choices, and you need to pick one of those choices, or you can't play.
"And sometimes I just prefer a bowl of ice cream."
I hope you choke on your ice cream.
"CLOMP! CLOMP! CLOMP! Well, actually, the ice cream would melt before they choke!"
Dammit!
When people post an either/or question on Facebook, they are actually looking for an answer. They're trying to decide between two options. They want their friends' collective opinions. They're trying to decide between Choice A and Choice B, and when you shout, "I prefer Choice 7!" you're less helpful than if you had just said nothing.
Choose between the two options, or just don't say anything. If they wanted a third choice, they would have asked you.
"Oh, Pat Lateral, I can't decide whether to burn my house down or bulldoze it? What should I do?"
"You should try selling it through a realtor!"
"Thanks, Pat Lateral, you're a life saver!"
Social media can be a constant source of frustration and annoyance if you let the wrong kind of people into your feed. By carefully weeding out the members of the Exposition Gang, you can eliminate all sorts of needless garbage and headaches from your feed. That way, you can see important messages from people you truly care about.
And now I just lost 287 followers.