on August 26, 2022
I miss everything. Good parties, fun festivals. Even the special holidays. Especially the special holidays. I always find out about them at the end of the day: National Cookie Day, National Hot Dog Day, National Hamburger Day. I never hear about them until the day is nearly over because my news app is terrible. I don't see the "Here's Where to Find the Best Pizza for National Pizza Day" article until I'm ready to go to bed.
I would have liked to celebrate the holiday, but there's never any advanced warning about these special days, so I miss them.
Like, I didn't know National Burger Day was August 25th until I had already eaten dinner. I missed Burger Day, the parade, and the special Burger Day fireworks that look like ketchup and mustard spurts.
I don't want that to happen to you, so I'm going to tell you about some of the important holidays in September so you can find those holidays that have a lot of meaning and you can celebrate with your family and friends.
Like National Acne Positivity Day.
A European skincare company started the September 1st holiday as a way cynical to make money; the day helps people fight the stigma of acne and to love themselves for who they are.
Meanwhile, on September 30th, it's National Love People Day, when you should show people unconditional and unmerited love, which means that even if you're a rude, selfish jackwagon, I'm supposed to love you.
So, I love you. Jackwagon.
September 25th is National One Hit Wonder Day, which celebrates musicians, authors, and actors who only had one big hit and never achieved the same level of fame again. Books like Catch-22 and Eat, Pray, Love. Movies like 8 Mile. And songs like "Puttin' On the Ritz" by Dutch musician, Taco.
October 4 is National Taco Day, but it's not the same, and it's a month late. Still, I hope Taco pretends that the day is just for him.
World Beard Day is September 3 this year because it always falls on the first Saturday of the month. As a 30-year goatee wearer, I plan to celebrate my beard in its thick fullness.
The 15th is National Felt Hat Day, which I believe means to feel people's hats. The way to celebrate it is to ask people, "Is this hat felt?" When they say no, you rub it and say, "Now it is." 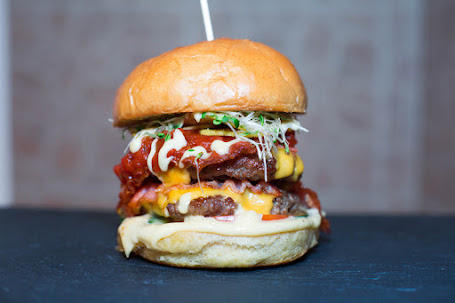 There are a lot of food holidays in September. To name just a few, there's National Blueberry Popsicle Day on the 2nd, National Cheese Pizza Day on the 5th, National Wiener Schnitzel Day on the 9th, and National Double Cheeseburger Day on the 15th, which precedes National Cheeseburger Day on the 18th. To top it off, the 12th is National Chocolate Milkshake Day. And if you want to get a little fancy, it's National Lobster Day on the 25th.
Oh, and let's not forget National Pepperoni Pizza Day on the 20th. Combine that with National Salami Day on the 7th; now it's a party! Unfortunately, National Have a Coke Day is in May, so we'll have to drink Pepsi.
For dessert, it's National Ice Cream Cone Day on the 22nd, National Butterscotch Pudding Day on the 19th, and National Pecan Cookie Day on the 21st. But brush your teeth afterward because National Dentist Day isn't until March.
National Coffee Day is on the 29th, which is a bit late if you need your caffeine fix. If you're one of those "don't talk to me until I've had my coffee" people, just stay home because you'll be an unbearable grouch until then.
September has its month-long celebrations. For one thing, it's Better Breakfast Month, which should involve extra bacon. It's National Honey Month, so thank a bee when you drink your tea. It's International Square Dancing Month, but I did that in elementary school gym class. That's more than enough square dancing for any one person.
The second half of September is Hispanic Heritage Month, which runs from September 15 to October 15, which is a genius move because they get name-checked in two months, not just one.
September is also National Self-Improvement Month, so if you ever want to upgrade any of your skills or gain some new knowledge, this is your chance. Start by reading a book: It's National Read a Book Day on the 6th. Every day is Read a Book Day for me, but that's because I'm a big nerd.
September is going to the dogs. It's National Service Dog Month, Responsible Dog Ownership Month, and National Dogs in Politics Day. And it's National Responsible Dog Ownership Day and Puppy Mill Awareness Day on the 17th.
There are no cat days in September, which is fine because they're standoffish little jerks. I tried to create a cat holiday, but they just knocked it off the shelf and ignored me for a week.
For my fellow word nerds, it's National Punctuation Day on the 24th, which is the day that punctuation purists wage war over the Oxford Comma. On the one side are the noble, pure, and true Oxford Comma supporters; on the other are a thundering mob of rude, selfish jackwagons.
Who I don't have to be nice to until National Love People Day six days later.
Jackwagons.