on August 12, 2022
"Jeez, Kid, it's a little early in the morning to be meeting, isn't it?" Karl grumbled into his coffee. "Whose stupid idea was it to meet for breakfast anyway?"
Yours, I said. It was your stupid idea. I stared at my coffee, wondering what had brought me to this lowly place. We were at Breakfast of Champions, a literary-themed breakfast and brunch spot. Karl and I were more accustomed to meeting for a late lunch or meeting for a drink at a literary event and closing the place down before heading home.
"That doesn't sound right," said Karl. "I don't do mornings. I think you did it."
Why would I schedule a breakfast meeting? I'm not even awake at 7:00, let alone dressed and ready to go by then.
"Everyone knows that's not true," said Karl. "You're a card-carrying member of the Morning Club."
First of all, Pepaw, I said, pointing my coffee spoon at him, no one carries membership cards anymore. That went out with rotary phones.
"Not true," said Karl, plonking his coffee mug on the table. He rifled through his wallet, which was thick enough to stun a rhino, and snapped a small card in front of me. "That's from the ACLU. I'm literally a card-carrying member of the ACLU."
I held it up between my thumb and finger. This is from 1989.
"I even had it laminated," he said with more than a little pride. "Besides, I keep paying my dues, so there's no need to send me a new card every year." 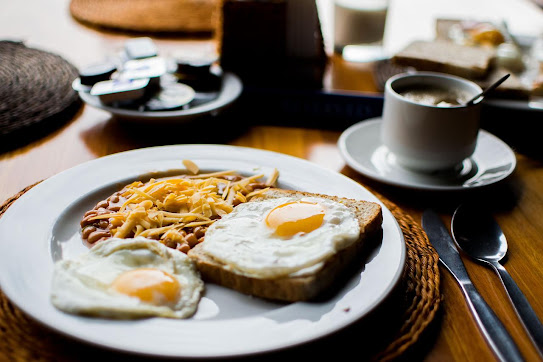 Really? You don't have to show this to get into the meetings? I said. If you could convey eye-rolling by speaking, I was nailing it. It doesn't get you a discount at the gift shop?
"The ACLU does important work," said Karl, snatching it back from me. "I'm proud to carry this card."
Yes, they do, but you've been carrying it for 33 years. You really need to clean out your wallet more.
"No, I've got exactly what I need."
You have a BOGO coupon from Blockbuster.
"Oh, yeah? You're an early riser."
I called Karl a nasty name. You take that back!
"Why else would we be meeting here at 7 in the morning?" he said. "I don't trust anyone who's awake at this hour."
What about our server, Marion? She's been here since the place opened at 6:00.
"That's because she's in the Morning Club."
That's not a real thing.
"Maybe not officially, but you can always tell who's in the Morning Club. They're always too chipper in the morning. It's suspicious."
"More coffee, boys?" sang out Marion, gliding to our table and pouring refills without waiting for an answer. She glissaded away to deliver her magical go-juice to another Morning Clubber.
"See what I mean?" he said. "Morning Clubbers are cheerful and happy. They do everything in the morning and go to bed by 9:00. They exercise and make sure everyone knows it."
Karl set down his coffee and made his face look abnormally cheerful. " 'Oh, I see you're admiring my new FitBit Ultra. It shows how many steps I walked, how many calories I burned, and how efficiently I converted oxygen to CO2. And it plays the Hallelujah Chorus when I hit 10,000 steps, which I did this morning. And then I baked some bread for my breakfast and picked strawberries to make my own jelly. Then I saw it was 6:00, and I rushed to get ready for work after I patched a hole in my roof.
I nearly choked on my coffee, laughing at Karl's imitation.
"See, I'm a member of the Night Owls Club."
Card carrying? I asked.
"Shut up. The Night Owls Club stays up late. When Morning Clubbers are going to bed, we're just getting started. I stay up until 1:00 or 2:00 in the morning, working, writing, answering emails, watching TV, whatever I want. And I get up at 10:00."
But don't you feel like the day is wasting away?
"That's Morning Club talk!" he growled. "I'm just tired of these Morning Clubbers trying to shame anyone who stays up late and sleeps in late, like we're the slackers. I saw some guy on LinkedIn the other day say sleeping in is for children. Yet he's the one going to bed when his mommy tells him."
Is that what this is all about? Some guy on LinkedIn irritated you? I asked.
"No," said Karl, grinding a piece of bacon under his molars. "Maybe."
He took a slug of his coffee and set the mug back down. "I'm just irritated because you scheduled a breakfast meeting at 7:00 in the stupid morning."
Karl, for the last time, I didn't schedule this meeting. You did.
"Look, I know how to work a phone, Kid."
I pulled out my mobile phone and opened my calendar. Karl, you sent this to me a week ago at 2:00 in the morning.
He grabbed my phone and stared at it. Then he stared at his phone.
Oh, I know what I did. I meant to set this for 7:00 tonight. Wow, I must have been really tired when I did this. I need to start going to bed earlier.
Spoken like a true Night Owl, Karl.

My new humor novel, Mackinac Island Nation, is finished and available on Amazon. You can get the Kindle version here or the paperback version here.
breakfast Karl mornings productivity
Location: Orlando, FL, USA