Adults Ruined Halloween and Then Stole It For Themselves

on October 28, 2022
I don't like the Halloween holiday of today. It's so much more insistent and overbearing than when I was a kid. Back in the day, it was a holiday for kids, not adults. We'd have parties at school, wear our costumes for a parade through the other classrooms, and then go out after dark and beg for some door-to-door candy.
Back then, adults hadn't glommed onto our holiday by overdecorating their house, like spooky Clark Griswold, or dressing up in a child's costume from the Halloween Barn-o-Deals. The day was strictly for kids, and we didn't have to worry about our parents screwing it up.
Except they did.
In the mid-70s, parents got too concerned about our safety — an unprecedented move up to that point — and some Nosy Parker decided we should only trick-or-treat during daylight hours. You know, when ghosts and goblins were at their scariest.
The adults' plan was to eliminate as much fun as a kid could have, so mission accomplished.
Not satisfied with their first round of Halloween ruination, early helicopter parents strafed our childhoods by forcing kids to wear coats over our costumes. It didn't matter how cool your costume was, you had to dress warmly.
Except you just can't be a proper Captain America wearing a puffy parka. Some years it was so bad that every kid went as Randy from "A Christmas Story."
These days, Halloween is just one more naked money grab, a time for every shameless marketer to squeeze out just one more penny before the Christmas money grab. Every empty storefront becomes a Spirit of Halloween store, and other stores run commercials that "our prices are so scary, they'll make you SCREEEEAM!"
Why couldn't those stores have gone out of business during the pandemic instead of the good ones? 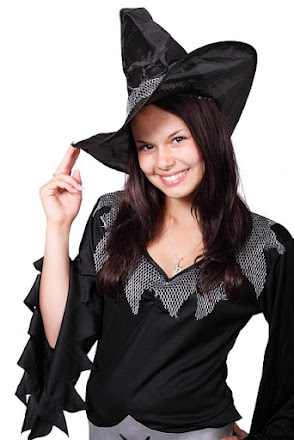 These days, Halloween is less about kids. Now, grown adults with careers and mortgages spend hours and hundreds of dollars to make a costume they'll only be able to wear for a few hours over the weekend.
It's like the wedding industry took over Halloween.
Halloween decorations have gotten equally as obnoxious, thanks to neighbors who don't know when to quit. These are the same people who string up so many Christmas lights that when you close your eyes, you can see other people's thoughts. So, no, Carol, no one really needs a monstrous spider web made of forearm-thick rope and a giant skeleton dancing on the roof.
I liked it better when Halloween was just for kids. We went out on our own and swarmed over the houses that gave out full candy bars.
We also shared which houses to avoid because they gave out apples.
Not because there were razor blades in the apples, but because no one did that, despite the Great Candy Panic of the 1970s. That was just more scaremongering by the people who brought you reflective safety ninja costumes.
Rather, no kid wants to get a stupid apple because they're stupid apples. Apples are fine by themselves, but not when you're trying to reach peak efficiency in your candy haul.
We also learned which houses the dentists lived in because no one wants a stupid toothbrush, either. We did give them some nice eggs, though.
On that note, no one is giving out drugs to your kids, either. For one thing, drugs are too expensive, and no one wants to just give away their stash. For another, you should know better than to give your kid unwrapped candy in the first place.
And if you're unsure what it is, eat the candy, put on some Pink Floyd, and see how the night goes. Later on, you'll also want to check your favorite candies and a bag of Doritos to make sure they're also safe.
The UK is finally catching Halloween fever, although some people still aren't quite sure how it works. A recent news story told how a British woman wanted to ban all Halloween decorations after she couldn't use the bathroom at her local pub.
It wasn't that she was frightened by an oversized rubber spider or a 12-foot-tall skeleton. It was that a pair of novelty "Keep Out" signs on the bathroom doors made her think both bathrooms were closed, so she went home to do her business.
Rather than asking if the bathrooms were really broken, she just let them frighten her away. Which, I guess, means they actually worked.
When she discovered her error, she said she wants to ban all Halloween decorations because they kept her from peeing.
I miss the old days of Halloween when a kid could cut a couple holes into a bedsheet and haul their bodyweight in candy. When parents didn't try to suck all the fun out of the holiday and then steal it all for themselves. When Halloween was all about fun for kids, not another excuse to get drunk because it was too long before Cinco de Mayo.
Not like today, where everything is over-the-top gruesome, or everyone dresses up like a sexy nurse or sexy chainsaw victim, and parents accompany their kids like they're protecting the President.
Just let the kids have Halloween back and pick another holiday. There are still some parts of Christmas we haven't ruined yet.