on October 21, 2022
According to scientists and creepy people who study this sort of thing, romantic partners feel comfortable farting in front of each other after only six dates.
Not six years. Not six months. Six. Dates.
Are there rules to this? Can you break wind only after you have completed six dates? Or can you rip one off in the middle of the sixth? Can you challenge your date to a fart-off, and the loser buys dinner? 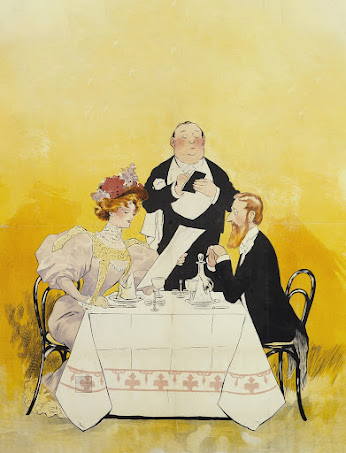 And who counts this sort of thing? How do they do it? Are men and women with lab coats and clipboards taking surveys and tallying little poots at the restaurant?
We all know that everyone farts — there's even a book called that — although many refuse to admit they do. We also know it's rude to do it in front of others. We don't fart in front of friends unless you're a pre-teen boy. Or a teenage boy. Or a guy in his 20s. Or his 30s. Or at the retirement home.
Otherwise, it's not something we do in polite company. There are unspoken rules against passing gas around colleagues, friends, and complete strangers.
A poll sponsored by Gas-X found that 55% of Americans, rather than ripping one off while on a Zoom call, will mute themselves to hide their stinky sins.
That's not very subtle: You mute yourself, lean to the right for a second, and then unmute yourself? Oh gee, I wonder what they could have been doing.
"Hey, you're on toot!"
Similarly, Gas-X found that 55% of Americans — presumably not the same 55% — reported that they hold their farts more during the summer than any other time of the year because they socialize more in the summer and don't want to embarrass themselves in front of their friends.
But not romantic partners. Then, it's "sun's out, buns out," and it's anybody's game.
Not in my house, of course. When my wife and I first started dating, she absolutely banned me from breaking wind in front of her. So I tried doing it behind her, and she got mad at me.
But everyone else on Earth feels free to fart in front of their potential significant others, waiting just a few weeks before detonating their derriere. The same Gas-X study found that if one person farted on a date, the other people were likely to give them a look (24%), joke about it (23%), or pretend nothing happened (19%).
That happened to me once, many years ago, and I think it ruined a possible relationship. I was working at a summer camp and was semi-dating a young woman from Great Britain. We were hanging out one evening when she gave a little toot. She was mortified, what with being properly British. And I didn't know what to say, so we both said nothing at all.
We stopped dating soon after. It was only our third date, though, which may have been part of the problem.
For all the reasons that people will argue and bicker, farting in front of your partner is surprisingly not one of them.
According to a completely different survey from the UK, there are 30 non-farty things that couples argue about.
Number one is leaving lights on around the house, while leaving the toilet seat up is number two. Which probably caused no small amount of giggling around the office.
The hits keep on coming because not flushing the toilet was number 22, and number 30 was about managing the bills properly.
That last one surprised me because money troubles are one of the top causes of divorce, yet this was last on the list.
Yet farting was nowhere on the list. At all. Which makes me think that partner-farting is not as big a deal as we thought it was.
Nope. I just checked with my wife, and it's still a big deal. She says the rest of the world is wrong.
More than half the arguments — 16 total — were about not doing certain tasks: not putting dishes away, not making the bed, and not taking the trash out.
The other 14 were about how to do certain things, such as how much time they spend on the phone, what film or TV show to watch, or home decor issues.
Failing to squeegee the shower was high on the list, clocking in at number six. I was surprised it was so high because until I got married, I had never heard of this. That's when my new wife explained how my whole life had been misspent because I had never dried down a bathtub.
So I thought we were one of the only people who did that. But apparently, it's a whole big thing around the world that couples fight about? You can fart in front of your partner as long as you dry down the tub?
Just not in my house. That will add a major new argument to the list.