My Friend, Karl, Has the Worst Thanksgiving Ever

on November 25, 2022
Happy second day of Thanksgiving, Karl, I said, sitting down at the bar next to him.
"Second day of Thanksgiving?" said Karl.
Yeah, like the 12 days of Christmas.
"There aren't 12 days of Thanksgiving. Just one really long day."
There are in my family. My mom used to make turkey divan casserole out of all the leftovers, and it felt like Thanksgiving lasted forever. And not in a good way.
"Why, what was wrong with it?" asked Karl.
She put in broccoli. I hate broccoli. And it felt like we ate that for two more weeks.
"Still sounds better than my one day of Thanksgiving," grumbled Karl. We were at Klompen, our favorite Dutch-themed bar, having just watched the Netherlands-Ecuador World Cup match. We were getting ready to have lunch as we watched the U.S. take on England next.
Aren't you filled with that post-feast bliss? I asked. Not to mention all the time you got to spend with your family. Your son and daughters were there, weren't they?
"Oh, sure. And his airhead girlfriend. And their whiny boyfriends. And best of all, my sister and her idiot husband and their mouth-breathing children, and their stupid spouses."
So you're saying you come from a family of idiots. That explains a lot, Karl.
Karl said the F-word at me and drained half of his beer.
What hampered your holiday, then? 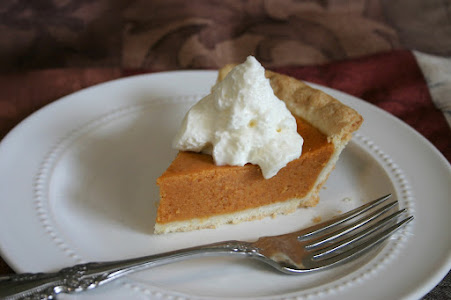 "Oh, man, what didn't? First of all, I wanted to watch the World Cup matches yesterday. I heard the Portugal-Ghana game was a real nail-biter. But did I get to see it? No, because my idiot brother-in-law and his idiot son and son-in-law wanted to watch the Detroit Lions game! They hogged the TV and Daryl sat in my chair. That's my chair, Kid! No one gets to sit in it but me."
Well, that's tradition, isn't it? Every year, families watch the Lions get spanked by whatever other team is unlucky enough to play on Thanksgiving. And they lost again this year.
"That's my point. They lose every single year. Do you know how often the World Cup is played? Every four years? Why do you need to watch one of the league's worst teams lose year after year when the world's best soccer players only meet every four years?"
But what about—?
"Not to mention it's in my own damn house! How do I not get to watch my favorite sport in my own f---ing house? In my own f---ing chair?"
Well, it just shows you were being a good host.
"No, it's because She wouldn't let me watch it."
'She' was Alexis, Karl's younger daughter. Alexis was an organic vegan activist who ran a large nonprofit dedicated to cleaning up the oceans. She also ran Karl's house because she still lived with him and made him do things — or kept him from doing things — for "his own good." We often met for lunch or dinner so he could escape her. She also thought I was a bad influence on him.
What? That's nonsense, I said. (Only I didn't say 'nonsense.') Couldn't you at least watch the game in your office? That's what I did.
"No, because I was supposed to sit with the moron squad and be a good host. While sitting in the worst seat in the house."
Ouch, that sucks, I said. Too bad, too, because it was a great game. I really thought Ghana might hit the equalizer at the end, which would have been huge for them.
Karl said the F-word again and drained the rest of his beer. Kurt, the bartender, set a fresh one in front of him without asking. He was good that way.
"It didn't help that my sister was pestering me again, either," Karl continued. "'Did you hear from your ex-wife? How's she doing?' I haven't talked to my ex-wife in eight years! How should I know how she's doing?
"So then she spends the next 10 minutes filling me in on everything Sheila has been doing because they're friends on Facebook. Plus, they get together for lunch every few months. So I have to sit there watching a game I don't want to watch to hear about a person I don't want to hear about from a person I don't want to have in my house in the first place!"
You haven't talked to your ex-wife in eight years?
"Not the actual point, Kid. Then she starts asking me why I'm not married again. I told her, 'because I want to be left alone and don't want people cluttering up my life or sitting in my damn chair!' Well, I had to apologize several times after that. And to top it off, Alexis wouldn't let me have a second piece of sugar cream pie."
I stifled a laugh, but not too successfully.
"Oh, yeah? You think this is funny, Kid? How was your stupid Thanksgiving?"
Mine was great. We had my mother-in-law over, my oldest daughter came home, and it was a nice quiet day, just the six of us. And I had two pieces of pumpkin pie.
"I hate you."
Yeah, well, at least I got to watch the World Cup in my own house.
"Worst. Thanksgiving. Ever," grumbled Karl.