on December 09, 2022
I'm a sucker for a good love story, especially when one of the people in the relationship is a ghost. In most of these relationships, the live person is a woman, although I did write about a guy from New Jersey who suspected his ghost girlfriend was cheating on him at the start of the pandemic lockdown. After expressing his concerns to his invisible girlfriend, the two ended up getting involved in sex parties with other ghosts.
Or so he says. His girlfriend has been deathly silent on the matter.
In October 2021, I wrote about Brocarde, the British singer who was in a relationship with a 300-year-dead soldier, Edwardo, who died at age 35 by falling down a well. Except he ghosted her after she appeared on the British TV show, "This Morning," to talk about their relationship. 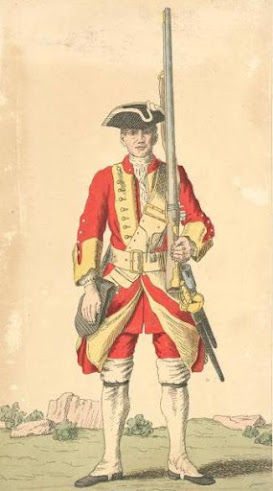 Good riddance, I thought. She's better off without him. As I wrote at the time, "a guy who dies falling down a well probably isn't the brightest disembodied light in the haunted house."
Brocarde herself even liked one of my tweets about the column, so I assume she enjoyed it. So that was nice.
Except I spoke too soon because Brocarde and Edwardo rekindled their love a week later. He came back to her, and all was forgiven. So much so that the two got married this past Halloween, almost exactly a year after their breakup. She wrote a song called "Haunted" to win him back and even walked down the aisle to it.
"It was so special to walk down the aisle towards Edwardo with the song playing that I wrote for him, I will never forget the smile on his face!" she told The Daily Star.
Everyone agreed they had never seen a smile quite like it.
Except the wedding and honeymoon were not everything the bride had hoped they would be.
You see, Edwardo is an a-hole.
The wedding was held at The Asylum Chapel in London on Halloween. The bride was dressed all in black, and the groom wore a cherry-red Batman costume.
Actually, no one knows what he was wearing. So for all you know, he really was wearing a cherry-red Batman costume. Prove me wrong.
Several of Brocarde's friends and family members were there, both the alive and dead kind. The guest list even included notable ghosts, Marilyn Monroe, Elvis Presley, and Henry VIII.
Which was rather insulting. I invited the ghost of Elvis to my own wedding, but the big jerk didn't even show up. Thanks for nothing. Thank you very much.
Edwardo demonstrated the intelligence and wit that led him down a well in the first place when he made an inappropriate comment about Marilyn Monroe looking hot. At his wedding reception. To his new wife.
Brocarde told The Daily Star, "Edwardo just couldn't resist winding me up and made an inappropriate comment about her looking hot. I was like, 'wow really? It's our wedding day.' The comment completely ruined my evening!"
Smooth move, Well-Diver. You really dove into it this time. You're that skeezy cousin who tries to pick up women at his grandmother's funeral.
I can see Henry VIII trying one on with Marilyn, hoping to score wife number seven. But when it's your wedding day, the most beautiful woman in the world is your bride, and you never say otherwise.
Still, Brocarde, it's supposed to be the happiest day of your life, and you let that ruin your evening? Your expectations must not have been very high to begin with if the evening got ruined when your new husband said the quiet part out loud.
No one ever accused Edwardo of learning from his mistakes either, because he also ruined his honeymoon. The newly-wedded couple honeymooned at Barry Island, Wales, where one day, Edwardo tried getting passionate with his wife on the beach and wrestled her to the ground.
Except she was eating ice cream at the time, and it got all over her face and hair, and she was covered in sand.
"I looked like I'd had a fight with a giant seagull," she said.
Brocarde said it should have been an amazing honeymoon, but it was ruined from that moment on. She said, "Edwardo has always been unpredictable so it is typical that he would ruin our honeymoon."
Well, no, if that's typical, then it's predictable. You'd better get used to this kind of thing.
Understandably, Edwardo doesn't have a credit card or a source of income, but that doesn't stop him from trying to spend Brocarde's money. He suggested they order 12 bottles of the hotel's best champagne, knowing that his new wife would have to pay for it all.
You could have just ordered the cheap stuff. It's not like he actually knows how much things cost. And how is he going to know which champagnes are the best ones?
I can't help but think about the whole "died falling down a well thing" and how he seems to be a bit of a moron. You could just go to the gas station and buy some £5 bottles of Shampain ("Now made with grapes!").
He probably doesn't know good champagne from a hole in the ground.