on December 30, 2022
Rolf: Guten tag, and welcome to Tailored Tots, the world's first genetic baby design firm, based here in Germany in the year 2040. How can I help you?
Caden: It's weird that you would say the year out loud like that.
Bailey: Shh. Hi, my husband and I want to design our new baby. We heard about you from our friends Lilith and Keres. They got a designer baby from you a couple years ago, and he's just too perfect. They said you're able to choose a baby's characteristics and grow it in an artificial womb.
Rolf: Yes, we can do that. Thanks to technology first developed here in Germany in late 2022, you can choose your baby's characteristics from a menu of options. (Note: This is 100% true. — Erik)
Caden: Could we even—
Bailey: Shh. Could we even choose the baby's height?
Rolf: Well, the baby will be a normal height — that is, fairly small — when it is born.
Caden: No, we meant—
Bailey: Shh. No, we meant, can we choose the eventual height that our baby becomes? 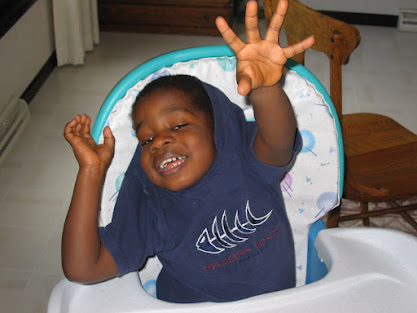 Rolf: Oh, ja, I see. Yes, you may do that. You can also choose the baby's overall strength and intelligence. Again, once it's an adult.
Caden: So we could create a super-strong genius basketball player?
Bailey: This is why I don't let you talk.
Rolf: No, no, your husband is correct. We could genetically engineer someone who is very strong, intelligent, and tall.
Caden: Ha! See, I do know stuff.
Rolf: But we cannot engineer basketball skills.
Caden: That sucks.
Bailey: And what if I wanted a trout-shouldered, pencil-necked lower-middle-management type who spends half his paycheck on hair restoration products that don't work?
Rolf: Why would you want that?
Bailey: So my husband won't feel more inadequate than he already is.
Caden: And would it be possible to create a woman who isn't the head Mean Girl in high school and still has a passive-aggressive love-hate relationship with those same friends 15 years later?
Rolf: Well, we technically can't engineer a baby's personality. They develop that as they grow up surrounded by a loving family and nurturing environment.
Bailey: Jerk!
Caden: Heartless shrew!
Rolf: Ahem. If we could continue, please. Thanks to the EctoLife technology, which was first introduced in the year 2022, we can grow up to 30,000 babies in artificial wombs for discerning parents who wish to choose their child's characteristics, such as eye color and intelligence, and to avoid inherited genetic diseases. (Note: This is also 100% true. — Erik)
Bailey: Like rampant male pattern baldness?
Caden: Baldness is not a disease! All the men in the Dankwood family have this kind of hair loss. It's perfectly natural.
Bailey: Not starting from the back of the head!
Caden: It's a family trait.
Bailey: You never told me this. I didn't realize it existed until I met your extended family on our wedding day.
Rolf: I suppose we could engineer your child to have a full head of hair.
Caden: And maybe you could also create a girl who doesn't get hammered at her weekly post-yoga lunches and flirt with every waiter in the place?
Rolf: Well, as I said, we can't create a child's personality. That is shaped by several external influences, like parents who care for their children as well as each—
Bailey: And maybe you could engineer a boy who doesn't cry for 20 minutes every time he has sex!
Caden: Well, maybe he wouldn't cry if he had sex more than twice a year!
Rolf: Twice a year isn't so—
Caden: It's twice in one night and then nothing for a whole year!
Rolf: Ouch.
Bailey: Maybe I would want to have sex more often if there was something "significant" to have sex with. Is that something you can genetically engineer, Doctor?
Rolf: I don't think that's something we would want to—
Caden: You seemed to think it was alright in college.
Bailey: I told you, I was drunk!
Caden: What, every single time?
Bailey: Every time with you!
Rolf: I don't know if I should be here for this.
Caden: Are you saying you were with—
Rolf: I should go; I have a meeting.
Bailey: I knew I should have married Bryce instead of you.
Rolf: What's that, Herr Direktor? The building is on fire? We should evacuate?
Caden: He was my roommate!
Bailey: Yes, and he certainly knew what it took to please a woman!
Rolf: Oh, no, I just got an email. The company is shutting down. Forever. I'm sorry, we're all out of babies.
Caden: Probably because you gave him plenty of practice!
Bailey: It certainly beats watching porn in the bathroom all night!
Caden: I wouldn't have to if you would just—
Rolf: Excuse me. Excuse me! You two do not seem suited to raise a naturally-created child, let alone a genetically engineered super baby. I'm not sure you are even a suitable match for each other. Why do you want a baby in the first place?
Bailey: Oh, that's easy. We just have so much love to give a baby.
Caden: Plus, we feel it will bring us closer together.
Rolf: Nein, nein. Being closer is the last thing you need. And no baby will ever fix. . . this. We're scientists, not magicians.