Have a Very Merry Dysfunctional Christmas

on December 16, 2022
Happy holidays from the Baxter-Finnegans! The year has simply flown by, and we have been so blessed by everything that has happened. It's sometimes hard to keep track of it all, but I know everyone enjoys reading about our little family adventures (Hello, Mummy!), so I didn't want to disappoint.
First off, let me apologize for last year's family letter. I understand that many of you received it postage due because it weighed nearly four ounces, which I was not expecting. I suppose using the 100-pound cream linen paper might have been part of the reason. But my dear husband, Brody, also said that a 12-page newsletter might have been overdoing it.
In my defense, I did use single space and printed on both sides of the paper to help the environment. Still, 12,000 words is 12,000 words, so I promise to keep it a lot shorter this year. 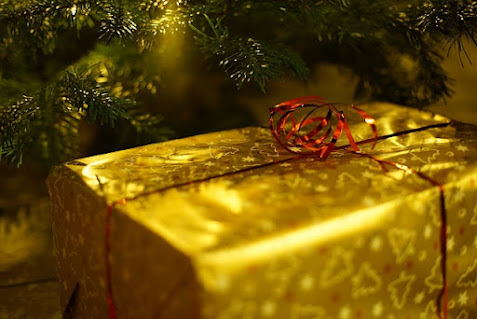 Our big news is that Brody started his own wealth management firm this year. His former employer made some rather silly-but-serious mistakes in their accounts and blamed Brody! They said he had "mishandled" their finances, but Brody assured me this was not true. It was all just some horrible misunderstanding and error on their part.
They said if he left the company, they wouldn't prosecute, but Brody swore up and down that he didn't do it. He just left, saying it was the principle of the matter. He said he wouldn't ever go back to that company even if they realized their mistake. I urged him to sue, but he quickly said no. He said he wanted to rise above it all and that we should "let sleeping dogs lie."
They're just jealous of his successes and hard work. Even after all the extra time he put in, visiting clients in Miami and Aruba and training their younger sales associates, they had the gall to make such dreadful accusations.
He's so dedicated, though. He still mentors his two young sales associates, Lexie and Brooke. He regularly texts with them, or they'll call with questions, and he'll talk with them late into the night. He's so considerate that he waits until the kids and I have gone to bed before he talks with them.
His new business is taking off, though, and he's managed to land some of his old clients in Miami and Aruba again, which means he has to visit them every couple of months. Next month, he's going to see a new client in Brazil!
But enough about my wonderful husband. (Hands off, ladies! This one is all mine.) I'm sure you're all dying to hear about the kids.
Jaxson turned six this year and is a budding artist! We're all so proud of him and love to see his creativity at work. He has decorated the walls of his room with many of his wonderful paintings and drawings.
At first, I spent hours every week trying to scrub his artwork off the walls, but I soon realized what a little genius we had on our hands and gave him full permission to express himself freely. He has turned his room into his own little Where's Waldo murder mystery, with hundreds of little dead people drawn everywhere. What an imagination! He even tried sculpting by knocking holes in the wall so, as he said, "the monsters will leave."
Five-year-old Cicely has shown amazing potential, too. We believe she's a genius, so I enrolled her in the Gifted and College-Bound program at her nursery school, "A Little Boozhwa." I swear, she has the makings of a lawyer or a judge because she argues with me about everything. Whenever I ask her to do something, she screams at the top of her lungs. Way to assert your independence, girl! She's our regular little Ruth Bader Ginsberg! All we need is a little briefcase, and look out Supreme Court! I even ordered her one from Baby Coach for Christmas.
Don't worry about her reading it here. She is reading at a 3rd-grade level, but she's not interested in reading anything I've written, including the 18 children's stories I wrote for her.
Speaking of writing, my blossoming writing career is taking off. I finally found a publisher for my children's book series this year, and it only cost me $10,000. Look out, Goodnight, Moon!
Brody was more than happy to pay for it. He thought I needed something to occupy my time rather than trying to get involved in his business. He hired a graphic designer to illustrate my stories, and she did amazing work. Her prices were a little high, but Brody said it was worth it.
I will be giving many of you a copy of the books for Christmas, plus an extra for you to donate to your local library. After that, I'll still have 4,800 copies sitting in my garage.
Finally, I've been getting back into yoga again. I go nearly every day and have also been getting private lessons on the weekends. My yoga teacher, Gavin, is very impressed with my progress. He says I'm very flexible and says he loves it when we're together. For lessons. When we're together for lessons.
That's all for this year. As I promised, I kept it short. On paper, that is. You can watch my two-hour family documentary, The Baxter-Finnegans' 2022 Roundup, on YouTube.

My new humor novel, Mackinac Island Nation, is finished and available on Amazon. You can get the Kindle version here or the paperback version here.
Christmas family newsletter
Location: Orlando, FL, USA